A large international public relations firm engaged page1.me to suppress five damaging Google search results for the company’s name, that were appearing on page one of search. Page1.me expressed concerns that the Wikipedia article would be very difficult to remove from page 1, but the remaining results stood a much better chance. NOTE: The Wikipedia article in and of itself was not particularly damaging, the client simply did not want it taking pride of place for exact searches for the company name. 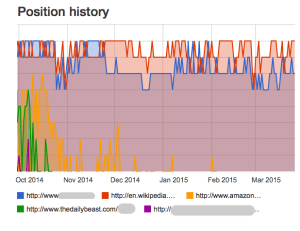 Within several months page1.me was able to successfully suppress three of the five targeted defamatory search results. As well as moving one of the more stubborn results from #2, down to #4. It is estimated that the client company’s revenue exceeds $1 billion per annum, a great deal of due diligence by prospective clients is conducted through Google. Although it is not readily ascertainable, it is assumed that the massive sales losses were significantly stemmed where the previous “train wreck” had caused so many difficulties.  This was achieved by significantly reducing the company to ridicule and contempt as a consequence of the fallacious and injurious search results that appeared prior to the engagement. 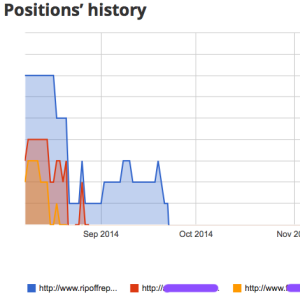