Back to Michael Roberts Bio

Case 1: Apprehension of Murder Fugitive in just 73 minutes after a two-month manhunt 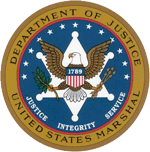 The Brief — Michael Roberts assisted a joint task force of U.S. Marshals and the Maryland State Police Force in the 2-month manhunt for a fugitive, who had been on the run in connection with the murder of a 26 year old man, on June 21, 2013.

Michael Roberts developed a pretext for a sting operation and then, after approval from law enforcement, conveyed a message to one of the suspect’s family members. The message had one of Mike’s proprietary tactical tripwire payloads attached thereto.

Subsequently, the tripwire transmitted numerous electronic footprints, including incidents triggered by the fugitive from behind anonymous proxy servers, presumably in an attempt to disguise his location. Over the next few hours Michael continued to work with the task force to circumvent the fugitive’s attempts to obfuscate his activities and location.

As a result of the digital artifacts and intelligence collected by Mike, within a few hours the team identified a cell phone number. It was allocated to a disposable SIM card in the possession of the fugitive, but it did not reconnect to the cell-tower network after Michael first discovered it — ergo triangulation was impossible. It appeared that the fugitive had purchased the SIM card to use once for an emergency and thereafter destroyed it.

Upon consulting with Mike, U.S. Marshals obtained a warrant and were able to obtain the Unique Device Identifier [UDID] that was associated with the one-time-use SIM card. A few days later the same UDID connected again to the national cellular infrastructure, but in association with a new disposable SIM card. The US Marshals were then able to triangulate the physical location of the fugitive who was then arrested interstate, and remanded for trial.

Learn how Rexxfield’s Michael Roberts set up the digital traps to catch this murder fugitive.

The Brief — A threat was made against an Australian state police service that included an attack against its online resources and the publishing of officers’ database information. This threat, if carried out, would have cost untold tens, if not hundreds of thousands of dollars; as well as severely compromising reputation, confidentiality, safety and operational standing of active members.

Michael Roberts team’s brief was to use the limited intelligence the Police Service had available to determine if it were possible to build a better profile and identify threat originators from anonymous personas and online accounts he had created. The Police Service had made no headway in more than 10 days.

The Outcome – Mike’s team was able to:

The Brief — Diplomat (BB4/BB3 officer) from a Commonwealth nation lost control of some compromising photographs. It was suspected that her former partner, working for her nation’s defense intelligence community, began publishing images anonymously on gossip and file sharing websites. The risks of allowing the threat to persist included the personal cost of loss of face, loss of employment and potentially compromising national security through extortion.

The Outcome – Michael Roberts and his team were able to identify:

The culmination of our efforts resulted in the perpetrator ceasing all malicious activities; the individual is no longer stalking, publishing, threatening or communicating with the client at that point in time.

The Brief — An American celebrity, sports-business person came under an organized Internet defamation and smear campaign by true name, anonymous and pseudonymous individuals. The smear campaign was framed as a grassroots public outcry against the individual with factual allegations supported, for the most part, only by logical fallacies in the form of ad hominem, straw man and other common fallacious arguments.

Whereas, what appeared to be public outrage was in fact a carefully crafted conspiracy consisting of one protagonist in association with ten or fewer lesser antagonists, each suspected of using multiple alter egos in what is called “astroturfing”. This handful of conspirators was then able to mobilize scores if not hundreds of individuals involved in the specialty sport into adopting the false allegations as their own opinions, and causing a wildfire of uncontrollable negative sentiment by the viral crowd.

The personal cost of this concerted effort against the client was estimated to be in the millions of dollars.

The Outcome – The small team, lead by Michael Roberts was able to:

Positively identify the key individuals responsible for publishing and administering cornerstone websites despite:

As a result of Michael Roberts team’s engagement in this case, the client was able to leverage the evidence gathered to bring about the immediate suspension of the primary website(s) used in the attack and in doing so disrupting many weeks of the conspirators’ search engine optimization, back linking, and information sharing through social media.

The Brief — This was a pro bono case. A North Carolina man was arrested for allegedly sending death threats electronically to his estranged wife. The personal cost was loss of freedom through incarceration and loss of child custody, income, assets and reputation.

The Outcome — Michael Roberts was able to prove that the communications originated from the alleged victim who was setting up the man to gain an advantage in child custody proceedings. Michael submitted evidence and supporting affidavit to prosecutors. The man was then released after 12 nights in a county jail.

The Brief — To identify the individual linked to a multi-billion takeover bid of one of Australia’s largest department stores; the case had been shrouded in mystery and was being heavily scrutinized by skeptics.

Fairfax Media Journalist Rachel Wells’ personal account of this case is below:

“I recently contacted Michael to help me on one of the biggest breaking business news stories in Australia’s recent history. The brief was to help identify the individual linked to a multi-billion takeover bid for one of Australia’s largest department stores, which had been shrouded in mystery and skeptics, and had sent the local stock market into a frenzy. All I had was an internet address, linked to a so-called ‘business’. Within minutes, Michael rang with a name – a name which no other news media outlet in the country had. And within hours I had a 22 page report outlining what appeared to be a detailed history of the corporate internet activities of one ‘John Edgar’ of Newcastle, in the United Kingdom. This information allowed me to gain a great insight into the background and legitimacy of this individual and also the crucial information to enable me to attempt to make contact with him and any so-called business associates.

In a follow-up phone call, Michael was also able to give me his expert opinion on the credibility of this person’s business dealings, based on his expeditious but utterly thorough social forensics. His verdict:

‘my gut feel is that this gentleman might be all feathers and no meat; there doesn’t seem to be much in the way of human gatekeepers between him and the outside world. He uses free Yahoo e-mail addresses, and does not make much effort to obfuscate his online activities.’

Not only did his ‘gut feel’ prove spot on, but Mike’s work allowed us to beat our competitors to the punch – with by far the day’s most compelling, colourful and insightful story on the mystery bidder.

Michael can be relied upon to respond to such requests with remarkable promptness and his work has proven not only thorough and comprehensive but accurate and efficacious. His skills have not only enabled me to break stories but to obtain background and information that could take days, if not weeks or months, using traditional boots on the ground journalism. In fact, he has the ability to obtain information that most journalists could never obtain. He is an absolute secret weapon for any serious reporter.”

The Brief — A US based insurance adjuster discovered a website (his-business-name-scam.com) which was established for the sole purpose of hijacking search engine results for his business and repulsing prospective customers. The client was reasonably informed on e-commerce issues and discovered eleven additional victims.

The group of victims engaged one of Mike’ few competitors, who failed to produce any results after several months. The group then engaged Michael to assume responsibility.

The Outcome — Within 36 hours Michael Roberts was able to positively identify the extortionist (who was on parole), the client was then able to obtain video footage of the perpetrator in the act while connected to a public Wi-Fi at a Dunkin Donuts franchise.

Upon presenting the evidence to the perpetrator, Michael was able to leverage him for control of the attack domains, and caused the demeaning materials to be deleted from the Internet.

The Brief — Michael Roberts completed a seven-month digital and social forensics investigation that uncovered a massive organized crime and murder racket, that targeted wealthy European entrepreneurs with threats of Internet smear campaigns, if they did not submit to the criminals’ extortion demands.

The Outcome — Over the course of the investigation, Michael was able to identify the principals behind the racket. They were located in Eastern Germany, Switzerland, British Virgin Islands, Republic of Seychelles and elsewhere. The threat to the client was eliminated through disclosure of the participants; the matter was then referred to Interpol.

This 2-Minute video explains the case: